Ligaments are sturdy bands of tissue that surround and strengthen a joint. Damage to the ligament causes the knee joint to become unstable. Ligament injuries of this kind typically occur as a result of a sport. A person’s knee movement is severely limited due to a tear in the ligament. Often surgery that involves reconstructing the ligament is required to repair a torn ligament. Due to constraints in the knee’s movement, pivoting and running may be hard to do. Therefore, surgery is initiated to repair a tear in the ligament and reconstruct it if possible.

The ACL is a ligament most prone to injury. Often, the ACL can tear when engaging in high-performance sports (netball, rugby and skiing). The torn ACL is replaced with a healthy tendon from a donor or the patient's hamstring or kneecap during reconstructive surgery.

Knee ligament reconstruction is performed to repair damaged ligaments that have become unstable. One of the most common ligaments to be injured is the anterior cruciate ligament (ACL), located at the front of the knee as it is easily stretched or torn. The posterior cruciate ligament, located at the back of the knee, is also prone to injury during sports or direct impact in an accident. These injuries can be repaired with a surgical procedure, in which the torn ligament is replaced with a piece of healthy tissue taken from another part of the leg, such as the kneecap or hamstring. The healthy tissue is grafted into position and helps to hold the knee joint in place. 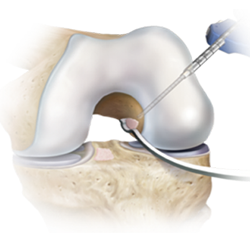 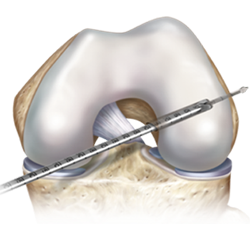 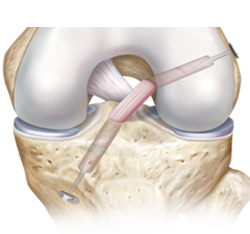 Yes, screws attach the graft to the bone. Typically, metal buttons are favoured. The graft, also known as a replacement ligament, connects to tunnels previously made in the femur and tibia. I mostly used small suspension plates called buttons to suspend the ligament.